April 26th has officially been declared Alien Day – a celebration of all things Xenomorph thanks to the slightly tenuous link between the date 4/26 and LV-426, the planet that hatched the killer monsters.

Spanning seven films plus countless comic books and video games, the Alien franchise has been a mainstay since Ridley Scott’s groundbreaking sci-fi outer-space horror scared the hell out of cinemagoers in the late ‘70s. Star Wars this is not. 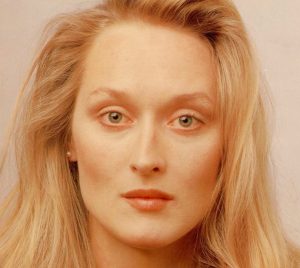 Sigourney Weaver became a screen icon and the undisputed queen of sci-fi cinema when she stepped onto the bridge of the Nostromo in 1979. It was nearly something else entirely, though… and it probably wouldn’t have been quite as successful.

“I just had a thought. What would you think if Ripley was a woman? She would be the last one you would think would survive – she’s beautiful,” Scott told Empire. A curious thought process from Scott there, but one that led to something incredible all the same. The runner-up to Sigourney Weaver was a little-known Meryl Streep, who also reached the final audition face. 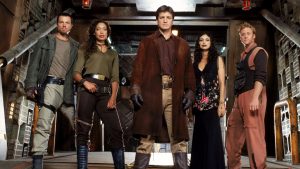 Are you wearing a tinfoil hat? Good, because the Alien series has spawned a ton of fan theories that are almost certainly false – but fun all the same.

For those who’ve always suspected that cats are shifty and up to no good, the first Alien provides proof in the form of treacherous feline Jones. According to one fan theory, Jones is in cahoots with the Xenomorph and deliberately leads the crew of the Nostromo to their deaths. Can you blame Jones? Shoved in dark corners and thrown into a box by Ripley, who wouldn’t want to watch Harry Dean Stanton die with sadistic glee?

Another theory has that the Joss Whedon-penned (and critically panned) Alien Resurrection takes place in the same universe as Firefly. In one episode, Nathan Fillion’s Mal Reynolds shoots down an enemy ship bearing the logo for Weyland-Yutani, the tech company at the heart of the Alien series.

On a similar note – and more fact than fiction – an Easter egg on the Prometheus Blu-ray tied the film directly to Scott’s other sci-fi classic Blade Runner with a mention of Weyland and a reference to Replicant mastermind Eldon Tyrell.

What happened to Hicks and Newt? 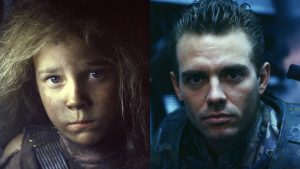 James Cameron’s Aliens ended on a tantalizing note with Ripley, Newt (Carrie Henn) and Hicks (Michael Biehn) going into hypersleep and returning to Earth. Mystifyingly, Alien 3 decided not to bother following up on this hanging thread – killing Newt off-screen – and fans were left fuming.

However, Hicks and Newt’s story is picked up outside of the film series. 2013’s video game Aliens: Colonial Marines is officially considered part of the series canon, and it details just what happened to the characters – including the survival of Hicks.

Similarly, Dark Horse’s early 90s Aliens comic book series followed Ripley, Hicks, and Newt to the Xenomorph’s homeworld to combat the monsters at the source. However, once Alien 3 came out – killing off Newt – reprints of the comic renamed the character ‘Billie’ to avoid a story continuity clash.

Neill Blomkamp’s forthcoming Alien film will reportedly wipe the slate clean and make a ‘proper’ sequel to Aliens. Hicks and Newt may get a second life yet.

The Alien movies you never saw 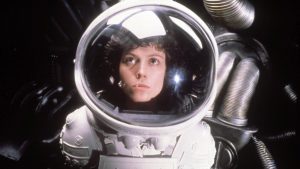 Hollywood scripts get put through the wringer before they eventually make it to the big screen. Sometimes they languish in development hell and never see the light of day at all. The Alien series is littered with films that never were – particularly when it comes to the third installment…

The one with the virus – Sci-fi novelist William Gibson wrote a script without Ripley as a lead, instead of focusing on Michael Biehn’s Hicks and a teenage Newt as they fought Aliens on a space station. At the center of it was a virus that transformed humans into Xenomorphs. Freaky.

The one set in a dome – Eric Red wrote 80s classics The Hitcher, but he couldn’t get any traction on his Alien 3 script. His story was set inside a giant glass dome in space, killed off Ripley, and introduced a new hero called Sam Smith. Would that have made the Spectre warbler the first gay man to kill a Xenomorph?

The Pitch Black clone – David Twohy took a run at Alien 3 and set it on a prison planet. Fox ended up using some of Twohy’s ideas but the bulk of his screenplay was binned – including the idea to kill off Ripley. Twohy ended up taking his rejected story and turning it into his own film, Vin Diesel space horror Pitch Black.

The one on a wooden planet – Director Vincent Ward got the go-ahead on an ambitious Alien 3 idea, bringing back Ripley and setting the story on a man-made wooden planet created by monks who snubbed technology. Sets had already been built and Ward was ready to go, but Fox ended up rejecting the idea, firing Ward and merging it with the Twohy script.

The alien is literally a dick 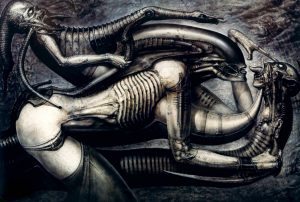 Those snarling, acid-spewing aliens look a bit… familiar? If you’re mind’s gone to the gutter then don’t worry: that was the idea.

The Xenomorph’s designer HR Giger couldn’t have made the monster more phallic if he tried. Ridley Scott had seen Giger’s painting Necronom IV and asked the Swiss artist to use it as inspiration for his creature. “I’d never been so certain about anything in all my life,” Scott recalled.

“I am going to put in every image I can think of to make the men in the audience cross their legs. Homosexual oral rape, birth – the thing lays its eggs down your throat, the whole number.’”

From the pointed shape of the Xenomorph’s head to face-hugger trauma and phallic spacecraft, you can’t swing Jones the cat without hitting a dick in Alien.