It’s nearly that time of year again when friends and families gather together in the name of Macaulay Culkin to watch Home Alone.

It’s sweet, funny, and consistently charming. It’s also a movie that holds up on repeat viewings, revealing never-before-noticed Easter Eggs and moments you may not have spotted the first time around.

As Christmas movies go, Home Alone is pretty high up there. There’s just one thing missing though – an excuse to consume copious amounts of alcohol while watching Macaulay Culkin’s Kevin McCallister wreck havoc.

Thankfully, we has put together the perfect drinking game for anyone looking to ramp up the fun of seeing grown men reduced to blubbering messes by a small boy.

For this drinking game, you’ll need the following three things: 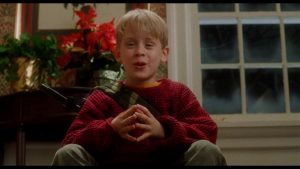 The rules are as follows: Drink one swig of beer every time any of the following happens: 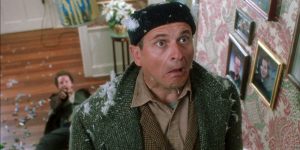 Drink two swigs of beer every time any of the following happens: Someone says the name of a U.S. City 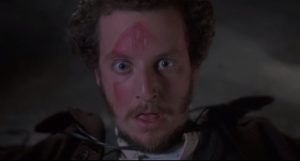 Drink one shot of neat spirits every time any of the following happens:

By the end of the movie, you should be suitably sloshed. If you want to ramp things up even further, we suggest swapping out all of the beer punishments for spirit ones. That’s a lot of alcohol though. Alternatively, just watch the second movie using the same rules. It’s basically a repeat of the first one with the pigeon lady in place of Old Man Marley. 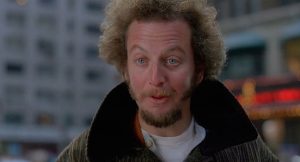