The UK government has issued new drinking guidelines which showed that men and women should drink no more than 14 units of alcohol a week in order to be at “low risk” from alcohol-related health issues.

That’s the equivalent of six pints of beer or seven glasses of wine a week – and it’s the same amount of booze for both men and women. 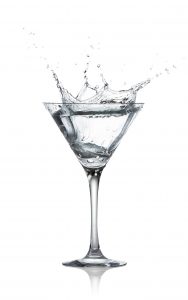 The first new drinking guidelines from the United Kingdom’s Department of Health since 1995 challenge what has been internationally-accepted guidelines for the last 30 years in saying that women and men are physically no different for how much drink they can handle.

Yet science shows that, on average, men are less vulnerable to the physical effects of alcohol than women – because men have higher body fat to water ratio than women.

But the UK government’s decision – unusually for anything to do with Health Secretary Jeremy Hunt – is being welcomed by experts.

Dr. Adam Winstock of the Global Drugs Survey told us: “Alcohol is a poison. So any level is potentially going to be harmful, and there’s no protection just because you’ve got a willy.”

“What the government is trying to do with their equal guidelines is to show that there’s reasonably good evidence that, by drinking above 14 units, you’re at a higher risk of heart disease and cancer. The guidelines say to men: You’re not protected.”

Interestingly, the government guidelines also now state that there is “no safe level” of alcohol consumption, which means their new stance sits more in line with tobacco than ever before.

“A lot of blokes who go out for a couple of pints on a Thursday and Friday and then get a little bit pissed on a Saturday will ask how that can be harmful. But unfortunately, it is,” Winstock explains. “That’s the bottom line.”

“Those in the UK have a much higher awareness of government drinking guidelines than people in many other countries,” he says. “But awareness doesn’t necessarily mean behavioral changes.

“Among the proportion of people who are law-abiding people who treat their bodies like the temple they should, they will make a difference,” Dr. Winstock continues. “But what they fail to recognize is that a third of the population between 18 and 35 like going out and getting drunk once in a while. They need a different set of guidelines.”

This is where Winstock says the government guidelines fail – by not engaging one of the most important risk groups in alcohol consumption.

“All health guidelines are about avoiding harm. But what we’ve got now is a set of guidelines that don’t let people get pissed once in a while. So they’re missing a trick on engagement.

“What we need to do is say that, if you want to get drunk – and that means a bloke drinking no more than the weekly allowance in a day – there are risks. But if you’re going to do it and you don’t want to carry too much risk, then doing it once every couple of months probably wouldn’t be the end of the world.

“However, if you do it once a month, that’s really not good. If you’re doing it every week, there’s nothing good we can tell you, and if you’re doing it three times a week then you’re just a daft bugger.”

Winstock also says that the new drinking guidelines ignore the context of an individual’s boozing habits.

“The trouble with them is that yes, for the average bloke 14 units might be alright. But if you’re 6’2”, stupidly healthy, run marathons, do yoga and you’re a vegetarian, then actually you can probably drink a bit more.

“But if you’re someone that drinks 20 pints a week and you smoke, the impact of that is pretty high on your heart and for your risk of cancer. If it’s five pints, plus a kebab and a gram of coke, then that’s actually quite different to just five pints.”

Winstock, who says that by 2020 liver disease will be the most common cause of death in men under 55, has developed two tools for the Global Drugs Survey to aid with safer drinking habits. The Drinks Meter is an app that judges your drinking against the rest of the population, whilst OneTooMany.co is an online questionnaire that gives you a score on the Alcohol-Related Social Embarrassment (ARSE) scale.

“It doesn’t ask you how much you drink,” Winstock explains. “It asks if you’re a twat when you drink. Because when you’re young, that’s the most important thing. It’s about speaking to people in a way that engages their interest.”

“I don’t think they emphasize that it’s that higher level of drinking that’s going to get most people into problems,” he says.

“If you ask someone who drinks nine pints when they were happiest on a night out, they generally say around four pints. So you have to ask: ‘Why did you drink another five pints, you twat?’

“If you tell those people that drinking five pints increases a set of health risks by 30%, but then drinking nine pints actually increases them by 150%, then they realise that they didn’t actually enjoy the extra pints, they cost them £25 and the net result is actually really, really bad for their health. So then they’ll probably pull back, save themselves the money and still have a pretty good night.”

Despite the fact that he doesn’t feel the guidelines do enough to challenge the nation’s drinking habits, Winstock says the government’s approach is probably intentional to a degree.

“What I see is soft new drinking guidelines that basically allow the government to claim that they’re doing something. If the government actually wanted to reduce drinking in the UK they’d raise alcohol tax, reduce opening hours, and drop the drink-drive limit.

“Those three things work because it would reduce population alcohol consumption. But the government doesn’t like regulations that upset the alcohol industry.”