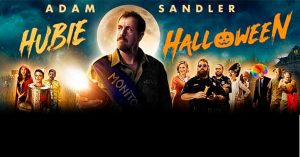 In January it was revealed that Adam Sandler’s production company Happy Madison Productions, had its deal with Netflix extended four more years. This was after Sandler’s “Murder Mystery” was one of the most popular titles on the platform last year. So what gem did we get after signing this mega-deal with Netflix? Hubie Halloween. No,