Ghosts in a Shell 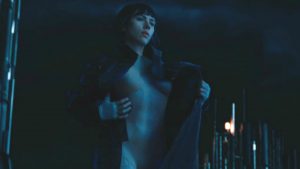 Ghost In The Shell Transforms Scarlett Johansson Into Badass Cyborg

Lock and load with ScarJo! It might be mired in controversy thanks to accusations of whitewashing, but Scarlett Johansson’s Ghost in the Shell is doing its best to defy critics thanks to an action-packed first trailer. The Hollywood adaption of Masamune Shirow’s 1989 manga comic series casts Johansson as the leader of Public Security Section